By: Tonja Greenfield - Updated: 4 weeks ago

SUBLETTE — Two Sublette residents were named Outstanding Citizen of the Year for 2021 by the Sublette Village Board.

Nick Wilson and Curtis Kessel were honored as Sublette’ Outstanding Citizen of the Year for 2021 during the May 10 Village of Sublette board meeting. They were each presented with a plaque to take home, and their names were placed on the Citizen of the Year plaque that will hang in the Ellice Dinges Center. 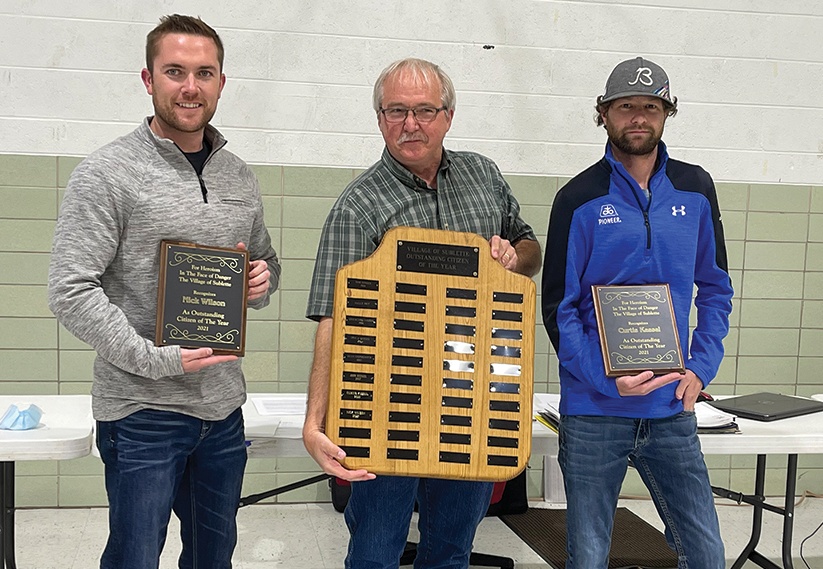 On Sunday, March 14, the Sublette Fire Department got a call for a dumpster fire at Woodhaven Lakes. While en route to the campground, the department received a call of a house fire with a burn victim in Sublette. Prior to arrival of the first engine company, Sublette residents and neighbors, Kessel and Wilson, saw a young child in a window on the second story of the house. As they approached the house, the father was exiting the residence with another child so Kessel and Wilson jumped into action. Kessel scaled the back fence and climbed to the second story window, grabbed the child by the ankle and lowered the child down to Wilson, saving the child’s life before the window was enveloped in smoke and flames. 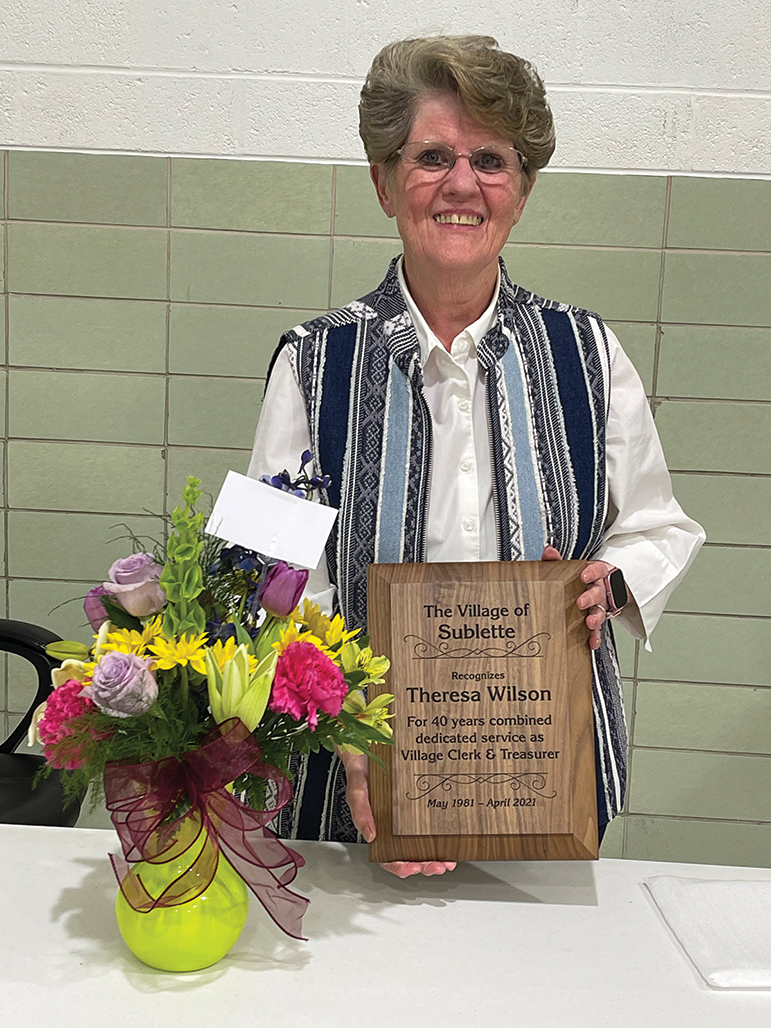 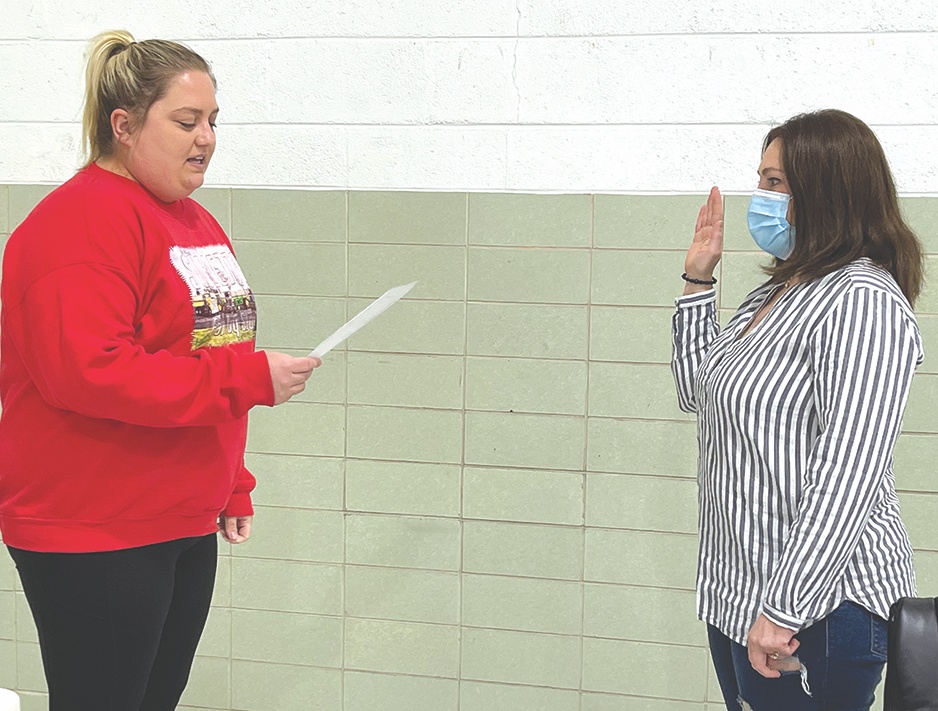 Mackenzie Belan, right, is sworn in as a trustee.

The board approved the appointment of Will Klein for a one-year term as village treasurer. He was sworn in during the meeting.

Will Klein is sworn in as village treasurer.

In other board news:

The next Sublette Village Board meeting will be held at 7 p.m. on Monday, June 14 at the Ellice Dinges Center.