LEE COUNTY - The National Weather Service reported that flash flooding and scattered strong thunderstorm winds occurred on the night of Thursday, May 14 into Friday, May 15.

There was a swath of notable wind damage, primarily to trees, in north central Illinois (Lee and DeKalb counties) into the far western suburbs of Chicago (Kane County), and while broad strong winds are the main culprit, it is possible some of this was caused by brief tornadoes.

In Paw Paw, there were reports of wind damage including numerous trees down along Chicago Road, Chapman Street and Maple Street. In Sublette, Lee County Emergency Management reported tree damage in Woodhaven Lakes area, and part of a roof uplifted in town. 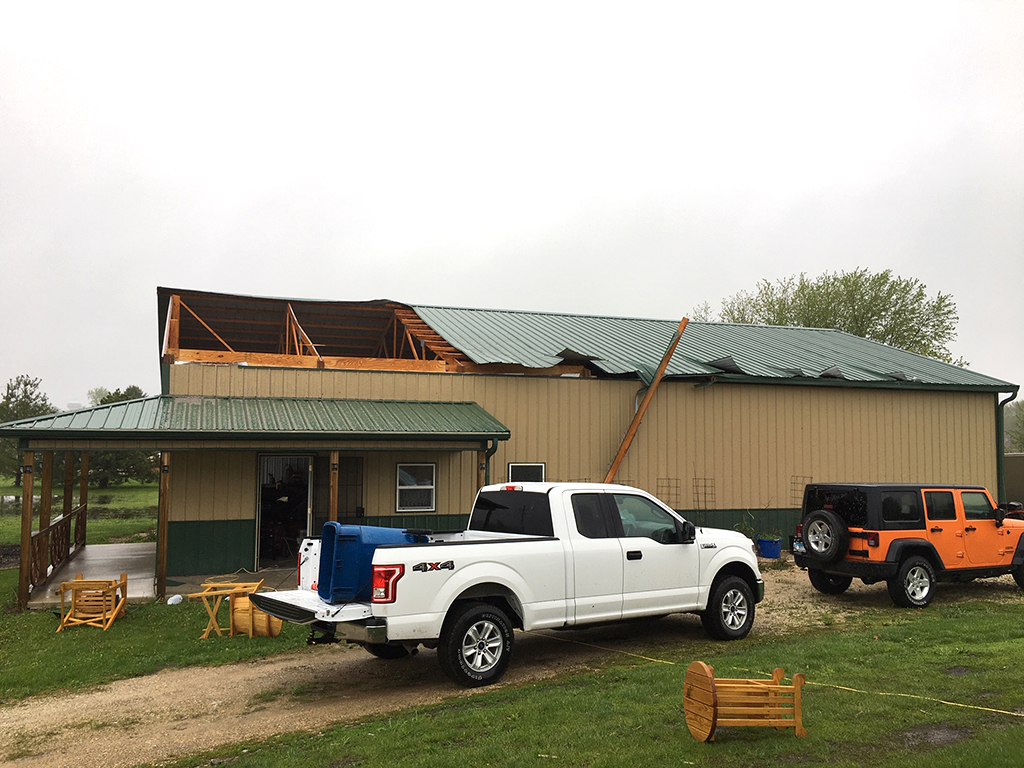 Above: A pole barn in Paw Paw receives serious damage from the storm; below, ComEd workers are on the scene to repair downed power lines. 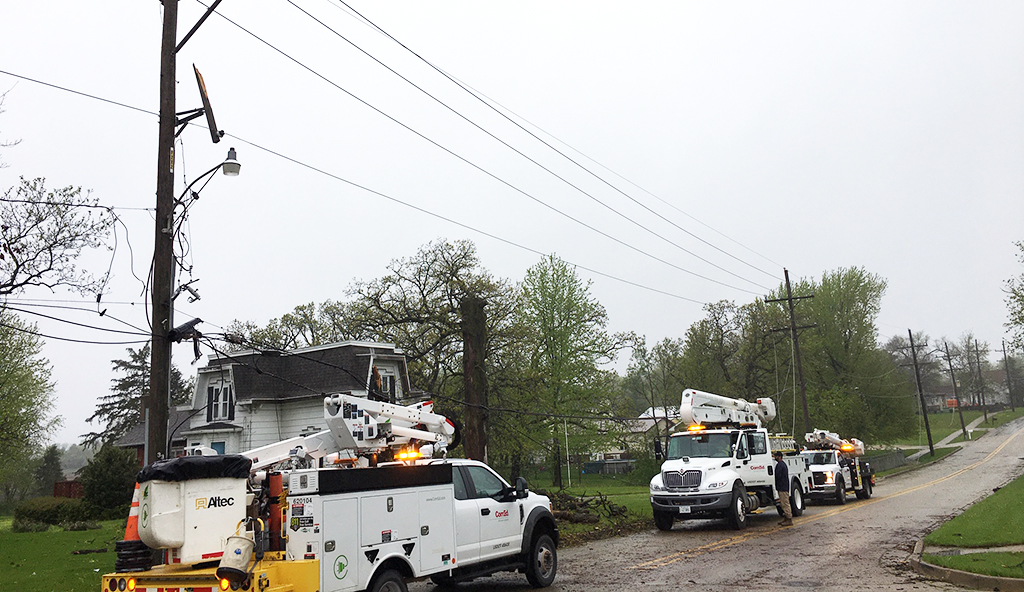 Rainfall amounts from this round of storms, along with rainfall earlier in the day on Thursday, brought some totals in excess of four inches in parts of the Chicago metro (including the official measurement at O’Hare International Airport), and also in/near Kankakee County.

The heavy rain resulted in some impassible roads due to water.