Mendota Elks announce Teens of the Month for September

MENDOTA - The Mendota Elks have announced their September Teens of the Month, Grace May and Jackson Lind.

Grace, a senior at Princeton High School, is the daughter of Joan and Michael May. She is currently 10th in her class, has been on the honor roll all four years and a member of the National Honor Society her junior and senior years.

She has been class treasurer all four years and was selected to be a delegate to the United States Senate Youth Program. She attended the Hugh O’Brian Youth Leadership conference on a scholarship, and after the conference was selected to be an Alumni Ambassador. For the past two years, she has attended State Senator Chuck Weaver’s Youth Advisory Council.

She has been in school plays since junior year and school musicals since sophomore year. As a senior, she was in the school’s Thespian troupe and was awarded Best Supporting Actor for her school’s production of “The 25th Annual Putnam County Spelling Bee.”

Grace has been in Chorus all four years. As a junior, she was in Mixed Chorus, Swing Choir and Girls Chorus and was selected to be a part of the Illinois All-State Choir. She has also been a member of Spanish Club since freshman year, FFA since junior year and has been involved with the Freshman Orientation Mentoring Program the past two years. She volunteers at youth basketball camps during the summer and helps at the Performing Arts Center box office in Princeton.

She enjoys learning and playing guitar, learning about government and being politically active, listening to podcasts and TedTalks and watching movies. She has also begun to try her hand at embroidering. She is employed as a cashier at Ace Hardware in Princeton. 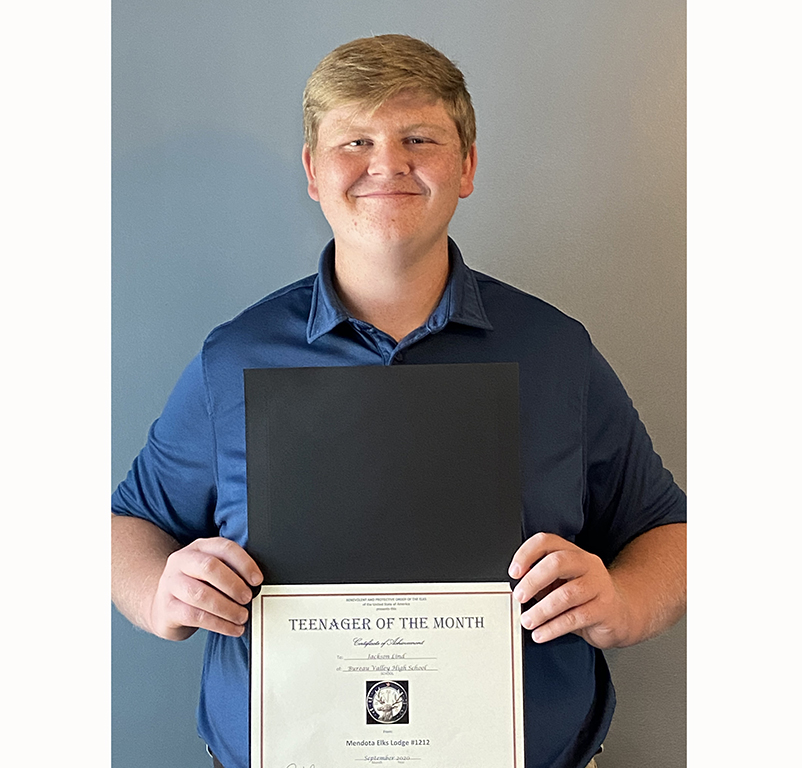 Jackson Lind, a senior at Bureau Valley High School, is the son of David and Candy Lind. He is ranked 1st in his class and has been on the honor roll all four years. He has also been in the National Honor Society his junior and senior years.

Jackson was vice-president of his class as a sophomore, as a junior was Student Council treasurer and has been a member of Student Council since freshman year. He has participated in school plays and musicals since sophomore year. He helped build, paint and design the sets and props and was the head of the technical equipment. He has also been in Drama Club since sophomore year.

He participated in band, marching band, concert band and pep band freshman year and was in the Three Rivers Athletic Conference Musical Festival.

Jackson has participated in baseball and golf since freshman year, played basketball as a freshman and as a senior, was captain of the golf team.

Jackson helps at church by running the sound board during morning church services and helps lead the junior high youth group at his church. He helps supervise the children’s yard games at Fall Fest in Walnut and helps set up the “Music on Main” concerts in Walnut. He has helped the elderly clean up their yards after big storms, has led cookouts to fundraise for the high school golf team and helped host Vacation Bible School at his church and on a mission trip to Romania. He helped lead an afterschool program and the annual Christmas fun day for youth, helped run technical equipment for multiple drama productions for elementary school shows and assisted in supervising children at the annual “Jingle All the Way” Christmas Youth Day to allow parents to go shopping while watching their kids.

Jackson enjoys playing cards and board games with his family and grandparents. He enjoys golf, mini golf and swimming with his friends kayaking and attending Youth Group at his church.