MENDOTA – Jan. 15, 2021 was a typical workday for 46-year-old Richard Scarber of Earlville, but as he was driving to the bank to cash his paycheck around 5 p.m., he developed a sudden severe headache.

"I felt this pop in my head," Scarber said. "It was the worst headache I've ever had and my neck was stiff. I drove to OSF HealthCare Saint Paul in Mendota to ﬁgure out what was wrong.” 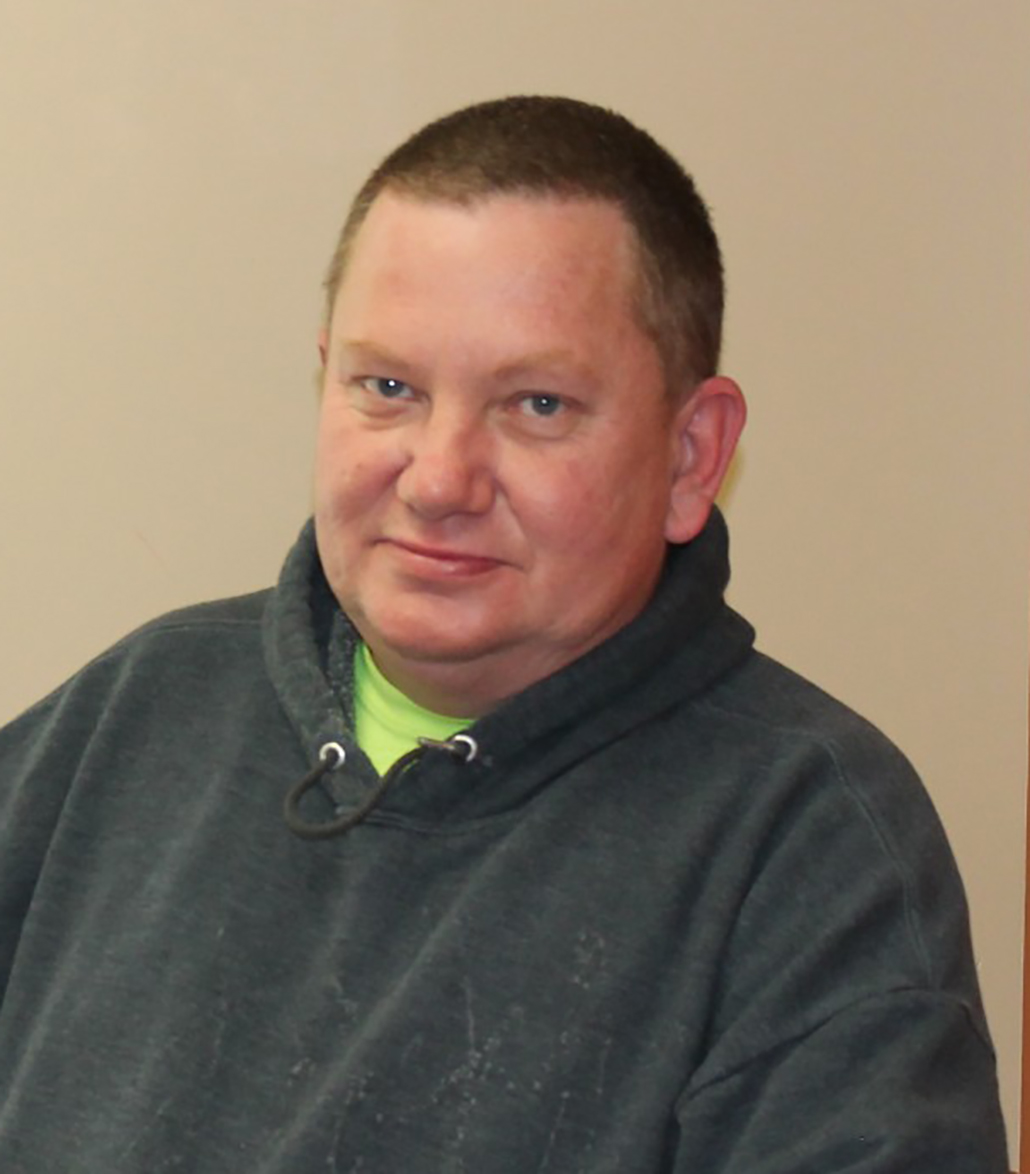 "Our team at OSF Saint Paul worked together seamlessly from the minute he stepped through our doors," said Anna Figura, DO, emergency department physician. "The brain scans and images showed that Richard had bleeding into his brain, otherwise known as a subarachnoid hemorrhage caused by a burst aneurysm. The transfer process to a higher level of care was smooth as butter – just a few clicks on the computer and I was speaking with our talented OSF neuro-interventional team, and before we knew it the helicopter was at our doorstep to fly our patient away.”

The quick communication from OSF Saint Paul to OSF Saint Anthony Medical Center Mission Partners led to Scarber’s helicopter transfer to Rockford. Dr. Ayman Gheith was prepped and waiting for him to arrive. Once in Rockford, Dr. Gheith explained to Scarber his options and he was immediately taken into surgery.

"We performed a trans-arterial coil embolization, which means we inserted a catheter into the aneurysm and then the coils shut down the aneurysm," explained Dr. Gheith, neurologist. "Richard spent the next seven days in the ICU with aggressive treatment and under constant monitoring. With aneurysms, it's not just the procedure that solves it. Brain swelling (hydrocephalus) and artery narrowing (vasospasm) are potential complications, so aggressive treatment in the ICU after the procedure is key.

Dr. Gheith says aneurysms are rare – about 5 percent of the population has them and only about 2 percent of them need treatment. Dr. Gheith recommends getting screened if any of your ﬁrst degree relatives have had a brain aneurysm or if you have had multiple family members who have had aneurysms. The key to any neurological change or stroke-like symptoms is to act fast and seek immediate treatment.

"If you notice any sort of neurological change that is new, call 9-1-1," said Dr. Gheith. "The faster you get care the better the outcome. When it comes to strokes, it's the same thing, seek immediate care. We use the acronym BE FAST, which stands for balance, eyes, face, arm and speech."

"Taking care of and being a part of this gentleman's life was a pretty incredible experience," Dr. Figura continued. "Having the availability of a small but very efficient critical care access hospital may not have only saved his life but left him completely neurologically intact as there was zero time wasted in his diagnosis and care."