Elks name Teens of the Month for February

MENDOTA - The Elks have announced their Mendota area February Teens of the Month, Sean Dullard of Mendota and Savannah Hansen of Ohio.

Dullard, a senior at Mendota High School, is the son of Stephen and Debra Dullard. He has been on the high honor roll all four years, was named as an Illinois State Scholar senior year and has been in National Honor Society his junior and senior years.

Sean enjoys being in Boy Scouts of America and he recently finished a community service project to make him a Life Scout as of March 2020. For this he planned and coordinated the cleanup of his church’s basement and used some of the items in the basement for landscaping around the church. He worked on this project junior and senior years. He also helped at Blackstone School by tutoring kindergartners through the National Honor Society (senior), has helped with sweet corn sales for local service clubs (four years), and volunteered to help at the Mendota Elks steak dinner.

He enjoys playing drum sets, which he has done since freshman year, and has enjoyed cooking since his junior year. He has worked at El Zarape since sophomore year and at Ancare Veterinary Hospital since he was a freshman.

Sean plans to attend Iowa State University to major in animal science but says he is keeping his options open, although he would like to stay in a STEM field. If he continues with animal science, his plan is to attend veterinary school.

Savannah, a junior at Ohio High School, is the daughter of Eric and Lisa Hansen. She is currently 3rd in her class and has been on the honor roll every year since she was a freshman. 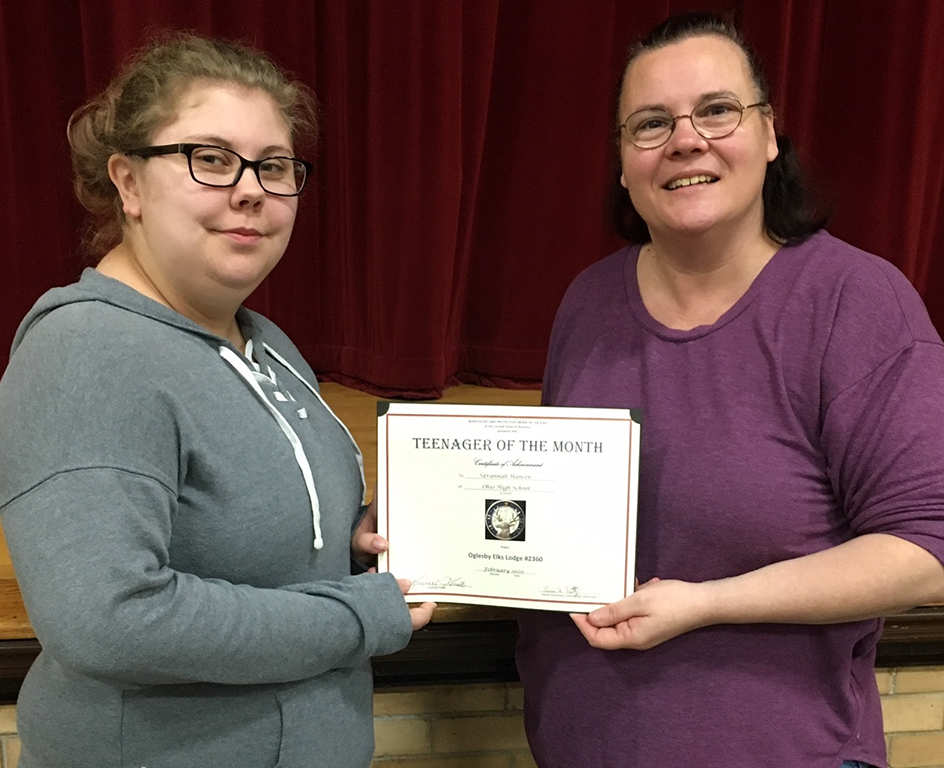 She was president her junior class, took part in the school’s Variety Show and school plays freshman through junior years. She has been in Drama Club (three years), Student Council her (freshman, junior), Science Club (three years) and was in FFA freshman year.

Savannah has volunteered to help at the concession stands at school events since her freshman year, helped with the Student Council Christmas activities since freshman year, and helped at the American Red Cross Blood Drives (freshman, junior). She enjoys reading and spending time with her cats.

MASS: Helping our older adults and disabled clients through these uncertain times